It Ain’t Over Until It’s Over

While it’s unlikely I’ll be able to write a football missive as entertaining as last season, I just can’t pass on the opportunity to comment about the recent NFL playoff results. Wait, what? All four divisional round games tied in the final seconds with three out of four victories by field goals that ousted Super Bowl favorite QB’s despite their homefield advantage. Many would agree that with a little better clock management, it would have been a 4-way sweep.

And then, just when you were sure you knew who would win the championship games, it happens again. Home field favorite KC goes down to a field goal in OT.  The road to Super Bowl LVI has been anything but predictable.

Looking back at the season, even from a distant spectator’s perspective, it has been an exciting year. COVID continued to rage, injuries prevailed, coaches fell out of favor, and players stomped off the field. Never boring, the NFL does make the winter go by a little faster.

This insanity has led me to make an important decision. I’m going to join Pick ‘em next year. Everyone who knows me – including Mr. Fixit – is incredulous that I would even think such a thing. But, following the adage “If you can’t beat ‘em, join ‘em,” it seems like the right thing to do. I mean if we’ve made it to the end of two NFL seasons during a raging pandemic without cancelling any games – just a few reschedules – clearly football is bulletproof.

The truth is I want to join in just so I can have the app on my phone and see who everyone else picked since I otherwise must ask at the beginning of every game and track it all in my head. I’m not the competitive sort so I don’t expect to win. I’m happy to be a donator if it means I get to play the game.

I tend to root for the underdog, and I do have a few favorite players so it’s likely their teams will be among my top choices. My criteria are simple really. Are they good humans? Charitable actions always weigh heavily on my meter. Do they fight to the end or capitulate when it seems hopeless? A game is never over until it’s over, as evidenced by the playoff games previously mentioned. Do they give credit where credit is due? This is a team sport, and as they say, there is no “I” in team. I could go on but I’m sure you get the drift. Do I care if they are good players? Of course! But sometimes being a good human brings skills to the surface that may otherwise go unnoticed.

With the Super Bowl just around the corner, I’m turning my attention to the truly important matters like what will be on this year’s menu. After all, great food and beverages are one of the most important side benefits of the NFL. Let’s honor the sport for what it is. A tremendous gathering of passion and spirit that gives people – men and women – something to believe in, something to fight for, and something that brings hope during troubling times. Cheers to you National Football League for keeping it together. Here’s to next year’s epic games. 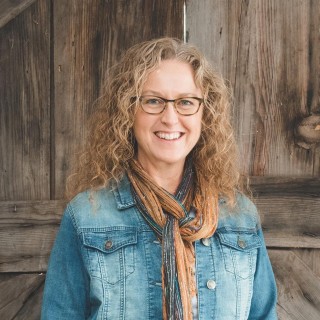 Bluebird Morning
One Horn Buck
Take a Seat
Can you find the angel?
MSU Lighting up the Holidays
Polar Express